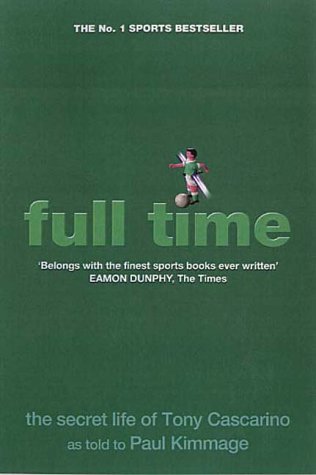 Full Time: the Secret Life of Tony Cascarino is the most praised football autobiography in a very long time. Reviewers' jaws dropped at "the searing honesty ... and the breathless style" (The Saturday Times); The Observer Sport Monthly gasped "It's Angela's Ashes with half-time oranges ... a footballer's autobiography like no other. The most astonishing sports book of the year." "Autobiography" of course means ghost-written: though told in the first person it was put together by award-winning Irish journalist Paul Kimmage, whose Rough Ride won the William Hill Sports Book of the Year award in 1990. Making the book compulsively readable Kimmage structured it brilliantly, guarding the series of secrets that Cascarino reveals so that the reader is tantalised by cryptic glimpses then made to wait until each revelation in turn is suddenly unveiled. What are these secrets? Suffice to say that some are personal, some professional, some minor and quirky, one major enough to generate heated debate in the press. At times the book reads like the confession of a man who's lived with too much guilt for too long.

Throughout, the book maintains a very high standard. It veers towards the blandness for which footballers' autobiographies are famous only when the author is discussing his friends, to whom he is commendably loyal. As for his managers, there are several memorable portraits. In the case of Jack Charlton it's open hero-worship, even when he felt hard done by. Relations with Glenn Hoddle were a very different story. "He was probably the unfunniest man I have ever known. He was also completely besotted with himself ... When you stepped offside with Glenn, there was nothing to do but accept your fate and hope that you returned in the next life as talented and as perfect as him."

The Guardian said, "Compared with the standard-issue footballer's autobiography, this is Tolstoy." Perhaps not quite, but it's brilliant storytelling, and gives a shockingly honest portrait of one footballer and his world. --David Pickering 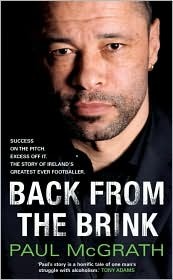 Back From the Brink: The Autobiography 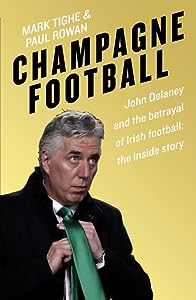 Champagne Football: The Rise and Fall of John Delaney and the Football Association of Ireland 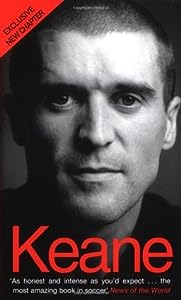 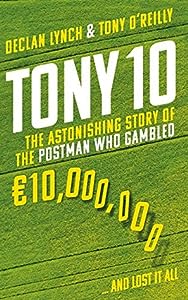