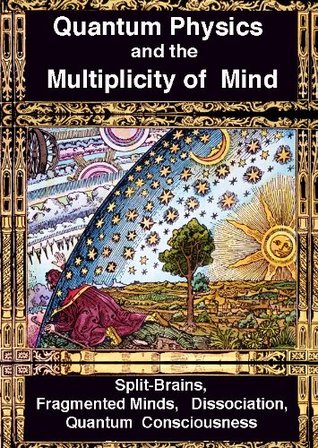 SYNOPSIS
Quantum physics and Einstein's theory of relativity make assumptions about the nature of the mind which is assumed to be a singularity. In the Copenhagen model of physics, the process of observing is believed to effect reality by the act of perception and knowing which creates abstractions and a collapse function thereby inducing discontinuity into the continuum of the quantum state. This gives rise to the uncertainty principle. Yet neither the mind or the brain is a singularity, but a multiplicity which include two dominant streams of consciousness and awareness associated with the left and right hemisphere, as demonstrated by patients whose brains have been split, and which are superimposed on yet other mental realms maintained by the brainstem, thalamus, limbic system, and the occipital, temporal, parietal, and frontal lobes. Like the quantum state, each of these minds may also become discontinuous from each other and each mental realm may perceive their own reality. Illustrative examples are detailed, including denial of blindness, blind sight, fragmentation of the body image, phantom limbs, the splitting of the mind following split-brain surgery, and dissociative states where the mind leaves the body and achieves a state of quantum consciousness and singularity such that the universe and mind become one.

I. Neuroscience of Mind

3. The Neuroanatomy of Free Will Loss of Will, Against the Will,
"Alien-Hand"
4. Dreams and Hallucinations: Lifting the Veil to Multiple
Perceptual Realities

5. Development of Thought: Consciousness, Language, Egocentric Speech
and the Multiplicity of Mind