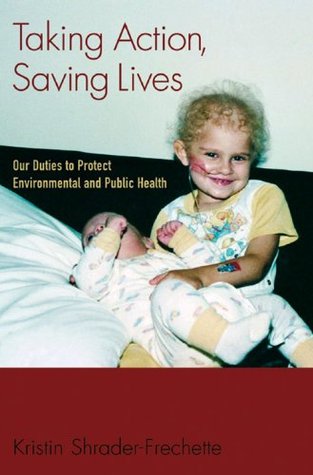 In the United States alone, industrial and agricultural toxins account for about 60,000 avoidable cancer deaths annually. Pollution-related health costs to Americans are similarly staggering: $13 billion a year from asthma, $351 billion from cardiovascular disease, and $240 billion from occupational disease and injury. Most troubling, children, the poor, and minorities bear the brunt of these health tragedies.

Why, asks Kristin Shrader-Frechette, has the government failed to protect us, and what can we do about it? In this book, at once brilliant and accessible, Shrader-Frechette reveals how politicians, campaign contributors, and lobbyists--and their power over media, advertising, and public relations--have conspired to cover up environmental disease and death. She also shows how science and regulators themselves are frequently "captured" by well-funded polluters and special interests. But most important, the author puts both the blame--and the solution--on the shoulders of ordinary citizens. She argues that everyone, especially in a democracy, has a duty to help prevent avoidable environmental deaths, to remain informed about, and involved in, public-health and environmental decision-making. Toward this end, she outlines specific, concrete ways in which people can contribute to life-saving reforms, many of them building on recommendations of the American Public Health Association.

As disturbing as it is, Shrader-Frechette's message is ultimately hopeful. Calling for a new "democratic revolution," she reminds us that while only a fraction of the early colonists supported the American Revolution, that tiny group managed to change the world. Her book embodies the conviction that we can do the same for environmental health, particularly if citizens become the change they seek.

"Timely, accessible, and written with enviable clarity and passion. A distinguished philosopher sounds an ethical call to arms to prevent illness and death from pollution."

"Influential and impressive. A must-read."

"A blistering account of how advocacy must be brought to bear on issues of justice and public health."

"No other author can so forcefully bring together ethical analysis, government policy, and environmental science. Outstanding."