A Walking Tour of Huntsville, Alabama (Look Up, America!) 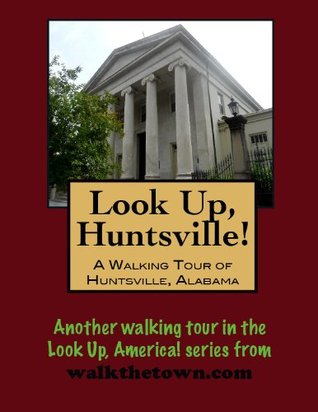 Each walking tour describes historical and architectural landmarks and provides pictures to help out when those pesky street addresses are missing. Every tour also includes a quick primer on identifying architectural styles seen on American streets.

This area was long known to travelers for its "big spring" which was a reliable source of fresh water. There were some half-hearted attempts at settlement but an abundance of mosquitoes and black bears sent homesteaders elsewhere. John Hunt, a Revolutionary War veteran, however persevered in 1805. Hunt did not have the money to register his claim properly and "Hunt's Spring" and much surrounding land were gobbled up by a Georgian planter and lawyer named LeRoy Pope for $23 an acre. The energetic Pope laid out streets, built a house on the village's highest hill and got his town named the County seat for Madison County that had been formed in 1808 and named for the newly sworn in fourth President of the United States, James Madison. Pope named the town Twickenham after the estate of his distant relative, the celebrated English satiric poet, Alexander Pope. The name never caught on with the newcomers who arrived to live in the town and the territorial legislature named the town after the squatter, John Hunt.

Huntsville grew rapidly on the back of King Cotton as the surrounding fields could yield a thousand pounds of the crop per acre. The town was peppered with the offices of those involved in the cotton trade - factors and lawyers and bankers. During harvest season Huntsville would be overrun with carts and wagons of cotton farmers bringing their crops in to be graded and auctioned off. The entire west side of Court Square at the center of town was reserved for business on "Cotton Row."

As a frontier metropolis Huntsville hosted the Alabama constitutional convention to hammer out the details pursuant to statehood in 1819. When Alabama was accepted into the Union as the 22nd state Huntsville was designated the temporary capital. Here, Alabama's first governor was inaugurated and its first legislature convened.

In 1855, the Memphis and Charleston Railroad was constructed through Huntsville, becoming the first railway to link the Atlantic seacoast with the lower Mississippi River. The Civil War, during which Huntsville was used as a Union base of operations after the town fell in 1863, put a crimp on progress but after the war the area became a center for cotton textile mills and a building boom took place that lasted from the 1890s until the Great Depression of the 1930s. During that time other industries and crops became prominent, most notably watercress. So much of the semi-aquatic vegetable was cultivated in the 1940s that the area was known as the "Watercress Capital of the World."

Still, by 1940 Huntsville was still a small town of some 13,000 people. With the coming of World War II the government built three chemical munitions plants southwest of the city, employing 20,000 personnel. When the war ended the plants were mothballed and designated for redevelopment.