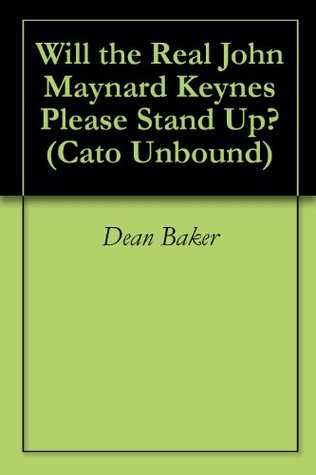 Much debate about economic policy today can be described as taking place between Keynesians and anti-Keynesians.

The latter is made up of an uneasy coalition of Austrians and Chicago-inspired monetarists. The former looks to John Maynard Keynes, who, in his landmark book The General Theory of Employment, Interest, and Money, argued that developed economies were prone to "liquidity traps" — in which monetary policy becomes exhausted, and governments must resort to deficit spending to stimulate the economy.

Given such a drastic diagnosis and prescription, a close examination of Keynes' own writings is clearly in order. Can Keynesian liquidity traps happen? Keynes himself admitted he had never seen one, although his model predicted them. Well, we might ask, is his model plausible? And does it describe the Great Recession? And if so, will deficit spending help?

Making the case against these claims is this month's lead essayist, Tim Congdon, often described as the United Kingdom's leading monetarist. In a close reading of The General Theory, Congdon finds that many of the simplifying assumptions that Keynes made in presenting his model are in fact fatal to the model itself. Moreover, Keynes' later followers, notably Paul Krugman, are describing a very different phenomenon when they talk about being in a liquidity trap.

These are serious claims with far-reaching implications. To discuss them, we have invited three other notable economists, each of whom will respond to Congdon during the course of the month. They are Dean Baker, co-director of the Center for Economic and Policy Research; Don Boudreaux of George Mason University; and Robert Hetzel, an economist with the Federal Reserve Bank of Richmond.