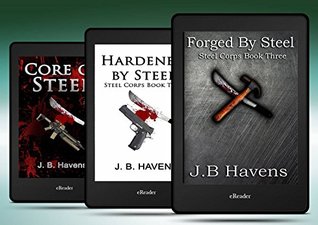 Core of Steel - Book One
Staff Sergeant Bea “Mic” Michaels is the leader of Steel Corps, an elite group of the finest men in the American Armed forces. Commissioned by the United States Government to do what other units cannot, existing both above and outside the law.
A new recruit, Corporal Chris Jordon, has just been delivered, but before he can call himself Steel, he must pass every physical and mental test Mic throws at him. Orders for a mission have come down and Mic must train Jordon faster than ever.
Their team is thrown into a desperate mission to rescue an undercover operative in the heart of Columbia. Forced to take down the head of the Fernando Cartel and the mysterious Frenchie, their mission is complicated when Mic and Jordon are lost to their team.
Digging deep within herself, Mic will need every ounce of her strength to save both her team, and herself.

Hardened by Steel- Book Two
It’s been two months since our team mate was killed in front of us. Two months of training and waiting. Time is up and another new recruit is due to arrive any minute; the cousin of the man who betrayed us all. The guys aren’t going to like it, but Jackson has overridden my protests.
Just when I didn’t think things could get any worse, my contact with Aunt Beatrice is discovered and my actions have put her in mortal danger. A hit was ordered from a cartel in Mexico. Led by the cousin of Diego Fernando’s widow, the Vega Cartel has a blood debt to settle and they have come to collect.
Jordon is becoming more attractive to me by the day; as my feelings for him continue to grow, our situation becomes even more complicated when our connection is discovered by one of the team.
Events spiral out of my control, forcing me to face my demons and darkest fears. I find myself teetering on the edge of good and evil, poised to fall.
A sinister message has me racing to Mexico, trying to beat the dawn. What I find waiting for me there may spell the end of my life and Steel Corps itself.
I must decide; am I hard enough to make this choice? Is my soul a big enough sacrifice for the lives of innocents? There is no question. I am Staff Sergeant Michaels and I am Steel.

Forged by Steel- Book Three
I’m Staff Sergeant Michaels, the leader of Steel Corps. We’re the best America has to offer and we’ve been dealt a heavy blow. I’m fighting to recover; struggling to be the leader my men expect me to be – need me to be.
It’s been five days. Five days since my men rescued me from that basement in Mexico. My body is healing and I’m stronger than ever - eager to go to Russia and end this terror haunting me.
Secrets burden our team like lead weights around our necks. We must strip them free and bind ourselves together anew. These revelations have the power to rip us apart, forever changing Steel.
Will it be for the better? Or will Steel Corps burn?
I can’t decide our future alone, but Chris Jordon is at my side, watching my back – chasing the shadows away, whether I want him to or not.
An unexpected visitor forces our hands and sends Steel on a mission from which we may not return. I may get my way, but at what price?
Only one way to find out… 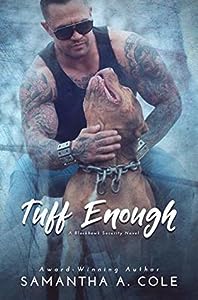 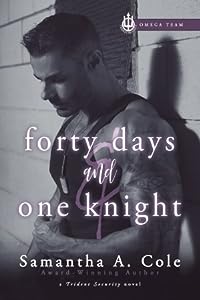 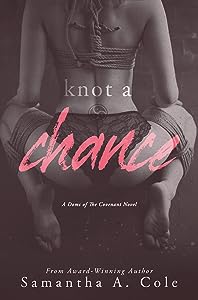 Knot a Chance (Doms of the Covenant #3) 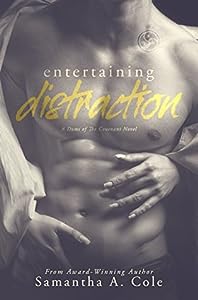 Entertaining Distraction (Doms of the Covenant, #2)

By Samantha A. Cole
Récemment Consulté