Hollywood The Skeletons Are Out!: Over 1,200 direct quotes by actors and directors about themselves, their colleagues and their films 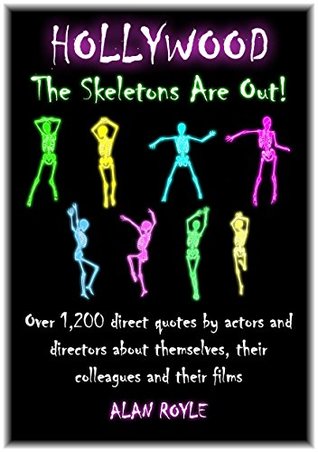 SAMPLES FROM ‘Hollywood – The Skeletons Are Out’

BANKHEAD, Tallulah
Tallulah’s was asked why she had left the stage to try her luck in Hollywood: ‘To fuck that divine Gary Cooper.’

BARDOT, Brigitte
French star Yves Montand loathed Bardot: ‘She was, and remains, cheap, petty, jealous, bigoted and untalented. She also tries to kill herself every few years, without success. I hope she never succeeds, but one wonders if she is any good at anything.’

BARRYMORE, John
A very young Anne Baxter worked with Barrymore on ‘The Great Profile’ in 1940: ‘He was in terrible shape. In the morning, he was so wasted that his man would have to carry him in and set him down in an easy chair. Then he’d pour Barrymore a Coke. No response. Then he’d shake in some rum flavouring and this great actor would suddenly spring to life. Amazing. Once we were waiting for a take and I asked him why he read his lines from chalkboards. Couldn’t he remember his lines? And he stood up and recited a Hamlet soliloquy. He never made a pass at me, but it was hard going for our resident vamp, Mary Beth Hughes. She bent over once to fix her stockings and he instantly leapt up to pinch her behind.’

BEATTY, Warren
Cher slept with him when she was a teenager: ‘Warren has probably been with everybody I know, and unfortunately I am one of them. But since I was only 16 maybe I can get out of it with that. I don’t know if I was a bimbo then, but I had pretty low self-esteem. He was technically good, but I felt nothing.’

He rather ungallantly told of Jane Fonda’s extraordinary sexual prowess: ‘…her ability to virtually unhinge her jaw. Like a python that swallows prey much larger than itself.’

BOW, Clara
Louise Brooks’ husband considered Clara to be beneath them: ‘She wasn’t acceptable socially. Eddie Sutherland, my husband, gave absolutely the best parties in Hollywood. So I asked him one day to invite Clara Bow and he said, ‘Oh, good heavens, no! We can’t have her. We don’t know what she’d do. She’s from Brooklyn.’

BOYD, Stephen
Brigitte Bardot once asked him to marry her: ‘I don’t know if she was joking, but I said no. I did not explain that I couldn’t marry an actress who could never be faithful to me. Or at least try. Like, I would at least try, for the first year or two.’

BRANDO, Marlon
A drunken Brando disgraced himself on national television when he guested alongside Zsa Zsa Gabor on Johnny Carson’s Tonight Show and propositioned her: ‘Do you know what I want to do with that girl, Johnny? I want to fuck her! Zsa Zsa, a man can only do one thing with you: throw you down and fuck you!’

BRYNNER, Yul
Ingrid Bergman and Brynner did not get along making ‘Anastasia’ (1956): ‘Yul Brynner was shorter, I suggested putting a little block under him. ‘You think I want to play it standing on a box? I’ll show the world what a big horse you are!’ I never had a complex about my height after that.’

After Steve McQueen up-staged him one too many times during the filming of ‘The Magnificent 7’ in 1960, Brynner issued him a warning: ‘If you don’t stop that I’m going to take off my hat, and then no-one will look at you for the rest of the film. 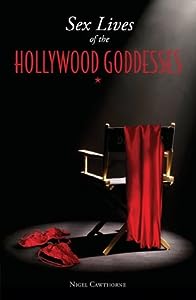 Sex Lives of the Hollywood Goddesses 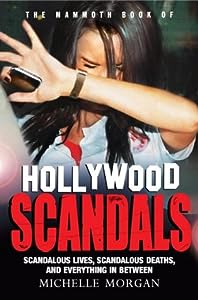 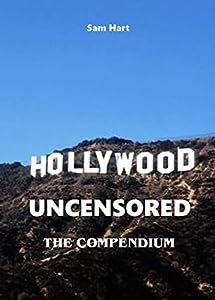 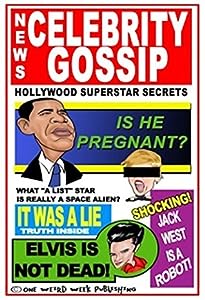 HOLLYWOOD SCOOP: A Curious Collection of Articles About the Famous, Infamous & the Downright Weird.