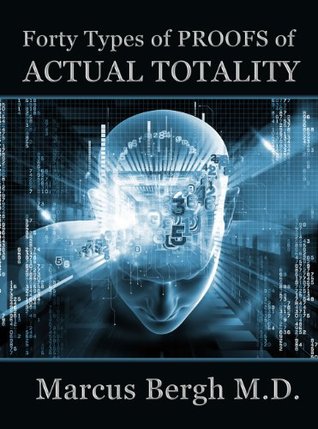 The one world problem has been central to knowledge for ages. Of many approaches none has resolved the problem. With great increases in knowledge there is now sufficient ideas, concepts and means to show a unified ultimate totality. Actual Totality is a book whose proofs and detail provide the needed resolution. The approach to unity is by forty types of proof from non-existence to their combined sum. It features those universals, qualities, continua, kinds, and varieties of actual totality whose proofs are most certain.

Certainty of proofs produces axioms that are most recognizable as laws.

Each type of proof has different laws whose integration and representation give excellent proof of actual totality.

Many other continuums make up actual totality, including general and special, mass energy, length, time, static and dynamic. The continua are dualities whose spectra form gradients. It is these gradients that make up much of the detail and differential whose vertical integration proves actual totality. The physical universe and the relative universe of civilization, best human life and mind are large components of the general to special spectrum and varieties of actual totality. There is massive interaction and potential to actual existence in and out of actual totality. This occurs with increasing time. In the near to mid-term actual totality is stable, and can be treated as a closed set. In the far term both the actual and potential of actual totality undergo adaptation and alteration that best suits their existence with change. With good representation an overview of the difference between actual totality as a stable and relatively exclusive world and potential changes in the long term become clear. The many revolutions that accompany change and the role of language, math, proportions, geometry, design, propelling and compelling forces that determine creation and evolution of life all reveal proofs of actual totality. The core of actual totality, or actual totality proper, is centered on the here and now that proves unity in totality. The individual, groups, and lives of all people more or less contribute to the whole depending on productivity that is most beneficial to the whole. This is largely dependent on knowledge, and its kinds. Universal knowledge of the highest kind is the great dynamo of advancing actual totality. How well actual totality supplies this need is the most important problem and solution of the next hundreds to thousands of years. It is survival over extinction whose success will depend largely on proactive planning, prevention, preparation, management and control. They can be used to guide each and all persons to a better unified world, by actual totality.

Marcus Bergh was born on October 24, 1921, in Grand Rapids Minnesota. His parents were professors at the Universities of Minnesota and Miami. He attended public schools in Minnesota, Wisconsin and Florida. He received a BS from the University of Miami, and MD from Johns Hopkins University and Hospital. Internship and residency training were, at Pensacola, Strong Memorial Hospital, Rochester NY, and Postgraduate education since. From early in life there has been a great interest in organization of knowledge. During residency work with the atomic energy commission led to target theory that helped to confirm the unity of totality that has become central to actual totality. My profession as a physician and surgeon was in Orange Park, Florida from 1947-1991.