A Lone Star Cowboy: Being Fifty Years’ Experience in the Saddle as Cowboy, Detective and New Mexico Ranger, on Every Cow Trail in the Wooly Old West (1919) 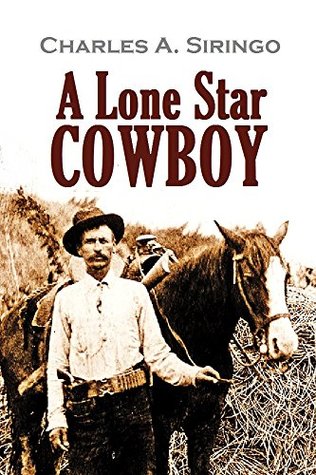 "...During that spring of 1880 the Chisholm trail was impassible for large herds, as 'fool hoe-men' had squatted all over it..."

Now that the cowboy is almost extinct outside the movie lots, those who knew him as he really was are beginning to correct the false impressions that have been conveyed by the flood of cowboy fiction and Wild West films. Here is given the true story of many thrilling adventures on mountain and plain, among moonshiners, cattle thieves, tramps, dynamiters, and other strong arm men, when the cowboys, buffalo hunters, and Indians had room to come and go, before the wire fences cut off the trails. His story includes first-hand accounts of his encounters with some '' Bad'' Cowboys, such as '' Billy the Kid," Wess Harding and '' Kid Curry.''

Siringo introduces the book, stating: "This volume is to take the place of 'A Texas Cowboy'. Since its first publication, in 1885, nearly a million copies have been sold. In this, 'A Lone Star Cowboy,' much cattle history is given which has never before been published."

It is a cow-boy's book; lively, spirited, energetic, slangy, and coarse; a book with a great deal of courage, adventure, roughness, and incident; a book which gives a life-like picture of cattle raising; and one that is full of the flavor of the " Wild West," but which is rude company for people with the tastes and refinements of civilization.

“Among the enduring western master storytellers is Charlie Siringo, cowboy, detective, author, whose career and writings still live in the psyche of millions of westerners today.” Howard Roberts Lamar

Cow-boys will read it as it is with zest; the more refined and sensitive "higher grade of readers" may protest that it has not been purged of its sins against grammar and good manners. It has an underlying substance which is excellent.

Charles Angelo Siringo (1855 – 1928), was a Cowboy, New Mexico Ranger, Justice of the Peace, detective and agent for the Pinkerton National Detective Agency stationed in the West out of Denver. His first book A Texas Cowboy; or, Fifteen Years on the Hurricane Deck of a Spanish Pony was published in 1885, establishing his reputation as a writer selling over a million copies. Nearly 25 years later he updated "A Texas Cowboy" by publishing his 1919 book "A Lone Star Cowboy" which includes not only his career as a cowboy but also a western detective cleaning up the Wild West and much cattle history which had never before been published.

Contents
I. MY FIRST COWBOY EXPERIENCE. TWO YEARS IN YANKEE-LAND, AND THE CITY OF NEW ORLEANS
II. SHOT AND WOUNDED IN THE KNEE A STRUGGLE FOR LIFE IN A GREAT STORM ON THE GULF COAST OF TEXAS
III. A TRIP UP THE CHISHOLM TRAIL TO KANSAS. A LONELY RIDE THROUGH THE INDIAN NATION.
IV. CAPTURING A BAND OF MEXICAN THIEVES. A HERD OF BUFFALO LEAPS OVER MY HEAD.
V. A TRIP TO CHICAGO AS COW-PUNCHER. MY FIRST ACQUAINTANCE WITH OUTLAW "BILLY THE KID."
VI. AN ELEVEN HUNDRED MILE HORSEBACK RIDE DOWN THE CHISHOLM TRAIL. I BOSS A HERD OF STEERS
VII. "BILLY THE KID'S" CAPTURE. I ESCAPED ASSASSINATION BY A SCRATCH.
VIII. A 3000 MILE HORSE-BACK RIDE. A TRUE ACCOUNT OF "BILLY THE KID'S ESCAPE, AND DEATH.
IX. I BECOME MERCHANT IN CALDWELL, KANSAS. HISTORY OF THE OPENING OF OKLAHOMA TO SETTLEMENT.
X. 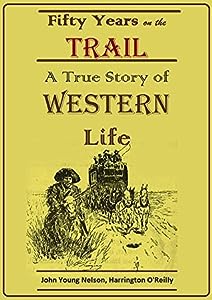 Fifty Years on the Trail:: A True Story of Western Life 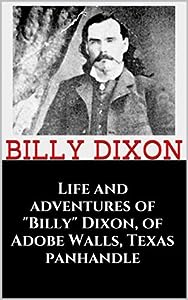 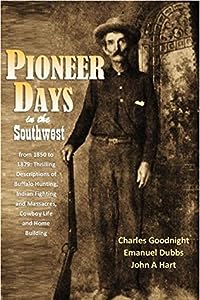 Pioneer Days in the Southwest from 1850 to 1879: Thrilling Descriptions of Buffalo Hunting, Indian Fighting and Massacres, Cowboy Life and Home Building 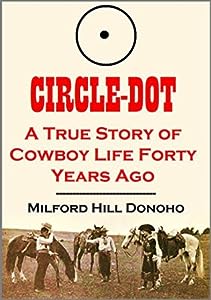 Circle-Dot: A True Story of Cowboy Life Forty Years Ago (1907)