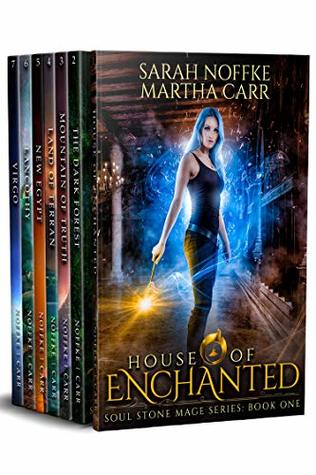 “Magic could be the very death of you…or it could be what saves the world.”

In the Kingdom of Virgo, witches and wizards have lived peacefully for thousands of years. On the other side of the Dark Forest resides the Land of Terran. The humans of Terran treat those from Virgo as second-class citizens, disgracing and trapping them at every turn. After centuries of tension, a silent war is finally brewing, and the timing couldn’t be worse for Princess Azure. This young witch will soon be crowned queen of the Kingdom of Virgo.

In the Dark Forest, a powerful potion-maker has been murdered. He was the key to ending the war.

Charmsgood was the only wizard who could stop a deadly virus that suddenly plagues Virgo. He also could have fixed the devastation the people from Terran had done to the forest. Now he is gone.

House of Enchanted: Just as the war with the humans is brewing, Azure is set to be crowned the new queen of Virgo. But on coronation day everything changes. Princess Azure isn’t who she thought she was and that’s a big freaking problem.

Dark Forest: Azure suddenly finds herself a prisoner of Terran. She must escape and locate her mother’s soul stone. The virus that stole the queen’s magic is going after her very life, and the soul stone is her only hope.

Mountain of Truth: Azure and her ragtag crew set off for the Mountain of Truth in hopes of locating Mage Lenore, the oldest witch alive. They soon learn the problem isn’t finding the old witch. It’s surviving each other on the mountain.

Land of Terran: A betrayal sends Azure on yet another adventure. She must get back the Book of Branches in order to find the rogue dryads. They are the key to healing the Dark Forest.

New Egypt: Queen Azure sets off on a world tour of Oriceran, thinking she’ll strengthen relations with neighboring kingdoms. On her first stop in New Egypt she finds something chilling.

Lancothy: New Egypt is being overrun by vampires. Knowing her options are limited, Azure sets off for the kingdom of Lancothy, where bats are known to reside. She must get to them before the vampires do. Bats are deadly to magic.

Virgo: With Lancothy in ruins, Azure and the gang help the wereanimals find new homes. Meanwhile, the vampires are planning a merciless attack on Virgo. Azure’s homecoming is marked by blood, tragedy and a great loss.

*NOTE: There’s cursing in this series because these witches and wizards are just rude like that. If cursing is a problem, then this might not be for you. 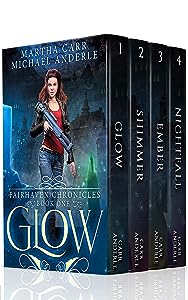 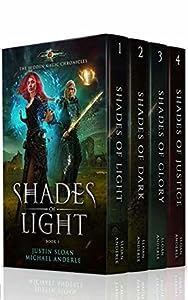 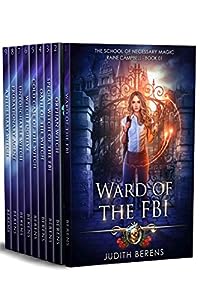 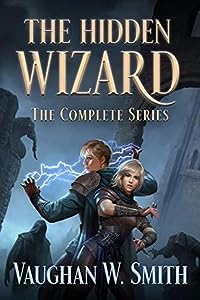 The Hidden Wizard: The Complete Series