The New Kids: A Novel of the Air War on the Home Front August-September 1942 (No Merciful War Book 5) 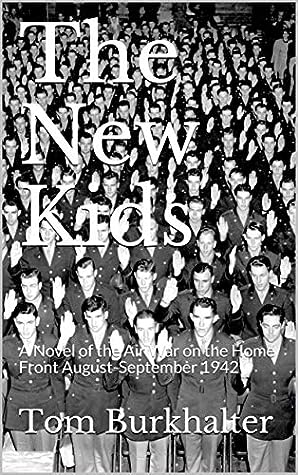 The Flight So Far

After fighting in the Pacific since December 1941, Jack Davis leaves New Guinea for home in June 1942. Jimmy Ardana is now Boxcar Red Leader. On the way to Honolulu, Jack, worn down by combat, bad food, and previous attacks of tropical diseases, becomes ill and is admitted to Tripler Army Hospital at Fort Shafter in Honolulu.
In late July 1942, the Japanese invade New Guinea at Buna, on the island’s north coast. They attack the greatly outnumbered Australians, pushing them back along the Kokoda Track across the Owen Stanley Mountains. The Japanese objective is Port Moresby, with its airfields and port facilities. Possession of Port Moresby will allow the Japanese to threaten Australia and its supply lines to the US.
General George Kenney arrives to assume command of the Far Eastern Air Force as the Japanese begin to come overland to Port Moresby. The FEAF becomes the 5th AF.
In early August the US Navy lands the 1st Marine Division on a previously obscure island in the Solomons called Guadalcanal. At first this goes unremarked among the troops fighting in New Guinea, who have problems of their own.
Generals Kenney and MacArthur insist on a maximum-effort raid by Charlie Davis’ outfit, the 19th Bomb Group, on the airfield at Vunakanau near Rabaul. Partly this is to “take pressure” off the Marines on Guadalcanal, who have been experiencing daily air raids from Japanese bombers and fighters based at Vunakanau. The raid is a success, but the 19th Bomb Group suffers heavy losses.
Charlie’s crew gains a new copilot in the person of Danny Evans, last seen as Boxcar Red Two, who recovered from illness and injuries and volunteers to switch from P-39s to B-17s. Danny shows promise as a copilot. During a night mission over Rabaul, Charlie’s B-17 is struck by flak and badly damaged. Several crew members are killed and almost everyone else, including Charlie Davis and Al Stern, are badly wounded. Danny Evans comes through without a scratch and flies them back to Seven-Mile Drome, where the wounded are whisked away to Australia.
Jimmy and the rest of the pilots of the 35th FG fly air-support and ground attack missions against the improvised Japanese port at Buna and along the Kokoda Track, interdicting the flow of supplies and Japanese replacement troops. The Japanese base Zeroes at Buna. Attacks on Buna by the P-39s face interception by Zeroes as well as ground fire and the threat of mechanical failure.
In early September Jimmy’s P-39 is badly damaged in a fight over Buna. He shoots down two Jap Zeroes. He makes it almost over the mountains before he is forced to parachute from his failing P-39. A squad of Australian commandos, lost behind enemy lines, picks him up, and he travels overland with them to Australian lines. Delays in communication due to wartime conditions mean no one outside of the SW Pacific know Jimmy is alive. This includes Jimmy’s family in Montana.
In Connecticut, where Jack and Charlie have their home, their mother, Laura Lea Davis, waits for their return. And in Hollywood, California, Irina Aradhana impatiently waits for Jack to be released from hospital in Honolulu and return to the States. 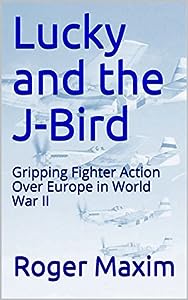 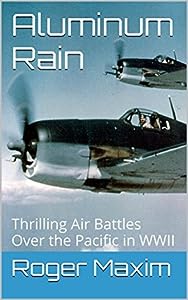 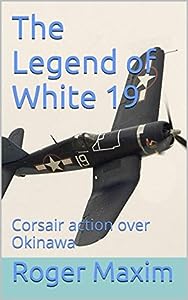 The Legend of White 19: Corsair action over Okinawa (The Watson Saga Book 3) 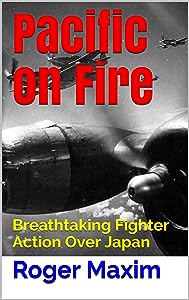