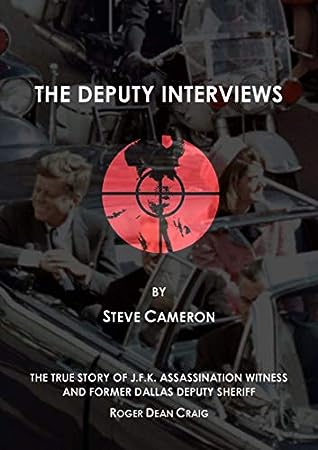 The Deputy Interviews by Steve Cameron, is a book of interviews conducted with JFK assassination experts, insiders, & family members who knew former Dallas Deputy Sheriff Roger Dean Craig, who witnessed numerous events that occurred in Dealey Plaza on November 22, 1963, that dramatically contradict the Warren Commission's final conclusions about the J.F.K. assassination. Also included, is Craig's 1971 manuscript "When They Kill A President." The book contains the following: Interviews with members of Roger Craig's family, including the last living relative to see Roger Craig alive; FBI & CIA files that corroborate Roger Craig's story of what he witnessed during & after the assassination of John F. Kennedy; Evidence of multiple bullets hitting the grass on the South side of Elm Street, proving there was more than one shooter; Evidence that a 7.65 Mauser rifle was found on the 6th floor of the Texas School Book Depository.-Evidence that the rifle seen being escorted from the Book Depository was not the same rifle Oswald is seen posing with in the famous backyard photos; Evidence that eyewitness testimony was tampered with by government officials to support the official assassination narrative; Names & photos of suspects who were identified by eyewitnesses in Dealey Plaza; Pages loaded with rare historical photos; An interview with JFK assassination expert, & author Robert Groden. Cameron and Groden discuss many areas of the case, including Groden's scheduled interview that he had with Roger Craig, that never happened. Because after Groden's plane landed in Dallas where he was to meet with him, he soon discovered that Craig was found shot to death just days earlier in his father's home on May 15, 1975. At the time, Groden was working for Congressman Thomas Downing of Virginia, & was sent to Dallas to interview Craig for Downing's reopening of the J.F.K. assassination case, which led to the formation of the House Select Committee on Assassinations in 1976. Groden confirms to Cameron, that Roger Craig would have been called before the committee as a key witness; An interview with first generation JFK assassination researcher J. Gary Shaw, who personally knew Roger Craig, & worked closely with him and Penn Jones Jr., during Jim Garrison's trial against Clay Shaw for conspiracy to assassinate President John F. Kennedy; An Interview with an insider from the Dallas Sheriff's Department who explains that most members of the office didn't believe Oswald assassinated Kennedy; An interview with Phil Singer, a former member of Mark Lane's Citizens Commission of Inquiry (CCI). We discuss his decades-long involvement in the JFK assassination research community, & his recent efforts to reunite John F. Kennedy's pallbearers. We also discuss similarities between Roger Craig & Abraham Bolden, who was the first African-American secret service agent to serve on the White House detail, who was personally hired by President Kennedy in Chicago in 1961, but had his career destroyed & was imprisoned for three years after he came forward with accusations of dishonorable and reckless behavior by members of Kennedy's Secret Service detail, which may have helped to facilitate the President's assassination; Letters written by Roger Craig before he died; Never before published family photos; Published for the first time, Roger Craig's 1960 award certificate for Officer of the Year; Roger Craig's FBI & military files; Mark Lane's original typed notes from a 1967 interview with Jim Garrison, Roger Craig, & Bill Boxley at the Fontainebleau Hotel in New Orleans, LA; Sworn affidavits, police reports, & government documents that corroborate Roger Craig's story about what he witnessed on November 22, 1963; Roger Craig's original 1971 manuscript "When They Kill A President," and much, much more! This is a one-of-a-kind book, that shines a VERY bright light on the assassination of John F. 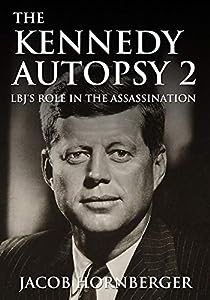 The Kennedy Autopsy 2: LBJ's Role In the Assassination 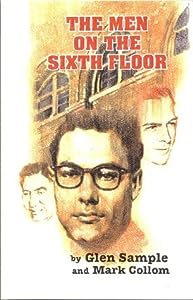 The Men on the Sixth Floor 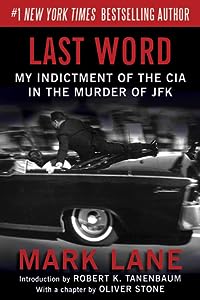 Last Word: My Indictment of the CIA in the Murder of JFK 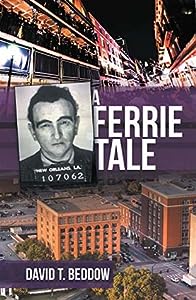